Looking to Anthropology for Empathy 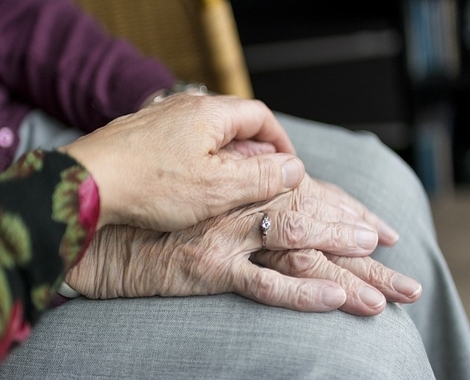 Anthropology offers insight into empathetic practices and mindsets that enable recognition and suspension of the implicit biases reinforcing structural inequalities.

Recent research shows that there is still a dearth of female leadership in technology, as well as an overall dearth of women in technology – and these are just a few facets of the gender gaps that continue to saturate daily life. These gaps will continue to require long term investments in changing social behaviors and norms. Anthropological theory and practice offer insight into changes that might have a positive impact on minimizing structural inequalities.

Gaps in equality are often supported by implicit biases shaping our perspectives and behavior in extensive but unobtrusive ways. This stands true for men and women, both of whom rely on social constructs to understand the world. For instance, traits considered important for leadership – strength, power, dominance, and boldness – are also traits we associate with masculinity. These implicit biases shape the structural inequalities of all kinds.

So, how do we contend with something that is both deeply entrenched in social life and difficult to identify?

Organizations like AIGA Women Lead believe that encouraging greater empathy – the ability to understand someone from their point of view – might contribute to closing gaps in gender equality. The question remains, however, of how to cultivate and grow empathy.

Disciplines like anthropology that rely on the researchers’ empathetic abilities to conduct ethnography might offer answers. Conducting ethnography requires researchers to understand the world from a respondents’ point of view and set aside their own assumptions.

Anthropology also stresses the maxim of cultural relativism – the idea that someone’s practices, beliefs, and values follow culturally based-logic and ought to not be judged according to the terms of a different culture.

The idea of cultural relativism originally presented a few problems for anthropologists: How would they dismantle the cultural assumptions biasing their perspectives of other cultures? And how would they understand strange and unfamiliar cultural practices as an insider would?

Ethnography arose as a method of overcoming the limits of ethnocentrism to understand others on their own terms. Living and participating in the daily life of others enables researchers to contextualize habits and beliefs that initially seem strange but make sense as a part of a greater whole.

“Cultural relativity, to phrase it in starkest abstraction, states the relativity of the part to the whole. The part gains its cultural significance by its place in the whole and cannot retain its integrity in a different situation.”

Conversely, the study of other cultures gave anthropologists insight into how their own cultures were socially constructed and allowed them to identify their assumptions and mitigate the impact of their biases.

“In using portraits of other cultural patterns to reflect self-critically on our own ways, anthropology disrupts common sense and makes us reexamine our taken-for-granted assumptions.”

Anthropology’s epistemological and methodological issues shed light on the question of empathy. They show how immersion in unfamiliar social environments, active participation in different practices and ways of life, and critical examination of one’s own beliefs can enable a better understanding of others and cultivate empathy.

These insights align with those currently guiding the empathy-enhancing initiatives of several organizations – whether that entails encouraging immersion through reading or creating exhibits that enable visitors to literally walk in the shoes of others. Research exploring how virtual reality can change social attitudes also demonstrates that new technologies might well result in new ways of applying well-established approaches to developing empathy.