The Decline of Telephone Survey Research 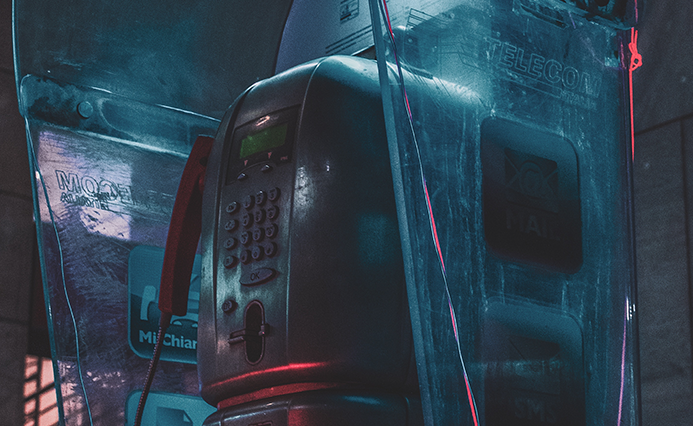 With more than half of American adults relying exclusively on their cell phones, landline phone surveys are becoming obsolete. While our quantitative methodologies once relied on telephone surveys, we have since adapted to online surveys. Now, telephone surveys are rarely used, except in rural areas or hard to reach populations. Here’s a look at how telephone samples moved with technology over time.

Phone Surveys: Once the Gold Standard

For decades, landline telephone surveys were the preferred option among survey researchers for data collection. These quantitative surveys offered samples representative of the US population and were easy to reach. The historical advantages of phone research included high accessibility, quality control, anonymous respondents, and – with the emergence of computer-assisted telephone interviewing (CATI) – quick data collection. Since up to 95% of US households had landline telephones, respondents in remote areas were accessible even if they did not have access to high-speed internet.

While this method had its advantages, it also came with challenges. Telephone surveys meant time-constraining interviews, difficulty reaching respondents with the advent of call screening, and the inability to present visual content or have respondents interact with product design.

The Rise of Mobile

In the 2000s, the release of devices such as the Motorola Razr, Nokia 3390, and BlackBerry increased the popularity of cell phones. In 2014, cell phone adoption in the US was over 91%, up from 65% in 2004. This rapid rise was aided by the introduction of smartphones – however, it wasn’t until the 2010s when smartphones became mainstream. Now, 95% of Americans own a cell phone of some kind, with 77% of Americans owning a smartphone as reported by Pew Internet.

Cell phones take responsibility for the death of many consumer technologies, such as portable music or gaming devices. Landline phones are no different. In 2010, 75% of Americans had landline telephones. Today, almost ten years later, only 46% of Americans use landlines. The trend is expected to continue as more and more households switch to solely using smartphones.

In the world of quantitative sampling, cell phone surveys tend to cost more than landline surveys because of the availability of lists and lower response rates. A quality telephone survey requires a real person, not a recorded query, at the other end of the line. And self-administered online surveys cost the least of all.

In each case, the most important consideration is the problem to be solved, which guides the approach taken to both sampling and survey design.

As more Americans eliminated their landlines, they became more likely to only share their opinions at their own convenience, rather than the convenience of the caller. This resulted in an increase in online surveys, with respondents weighing in from their computers and mobile phones. We rarely utilize telephone surveys, except in instances when we cannot get a representative sample for the chosen geographical region in online surveys. In these cases, we rely on telephone surveys for our clients – using both landline and cell phone numbers to create a quantifiable sample.

Research has consistently shown the results between telephone surveys and online surveys vary. For example, respondents tend to give more extreme, positive responses to attitudinal items, along with giving more socially accepted or desired responses during phone surveys than online or mail surveys. Other research found that respondents are less likely to express negative viewpoints during phone interviews than online surveys. They also tend to paint a rosier picture of their personal circumstances when speaking to an interviewer, especially when asked about their level of satisfaction with their finances. These variances must be taken into account when analyzing findings.

Looking forward, technology is continuing to become more interactive, opening new doors for market research solutions. One thing is certain: people moved away from landline phones (and even personal computers) in favor of mobile devices. Eventually, researchers may have to upgrade more than our sampling methods: facial expression recognition and neurofeedback may replace talking and texting! Whatever the future holds, research methodologies will adapt, because the smartest business decisions are informed by customer insights.