T-Mobile’s “Grandma” commercial does a lot of things well and looks like a warm, sentimental hit on the surface, but there are two significant missteps where the ad loses crucial emotional momentum. In the end, the advertisement scores right at the 68th percentile among the 13,000 ads in our normative database. We analyzed facial coding results from over 300 people and saw “Grandma” with its fair share of highs and lows. 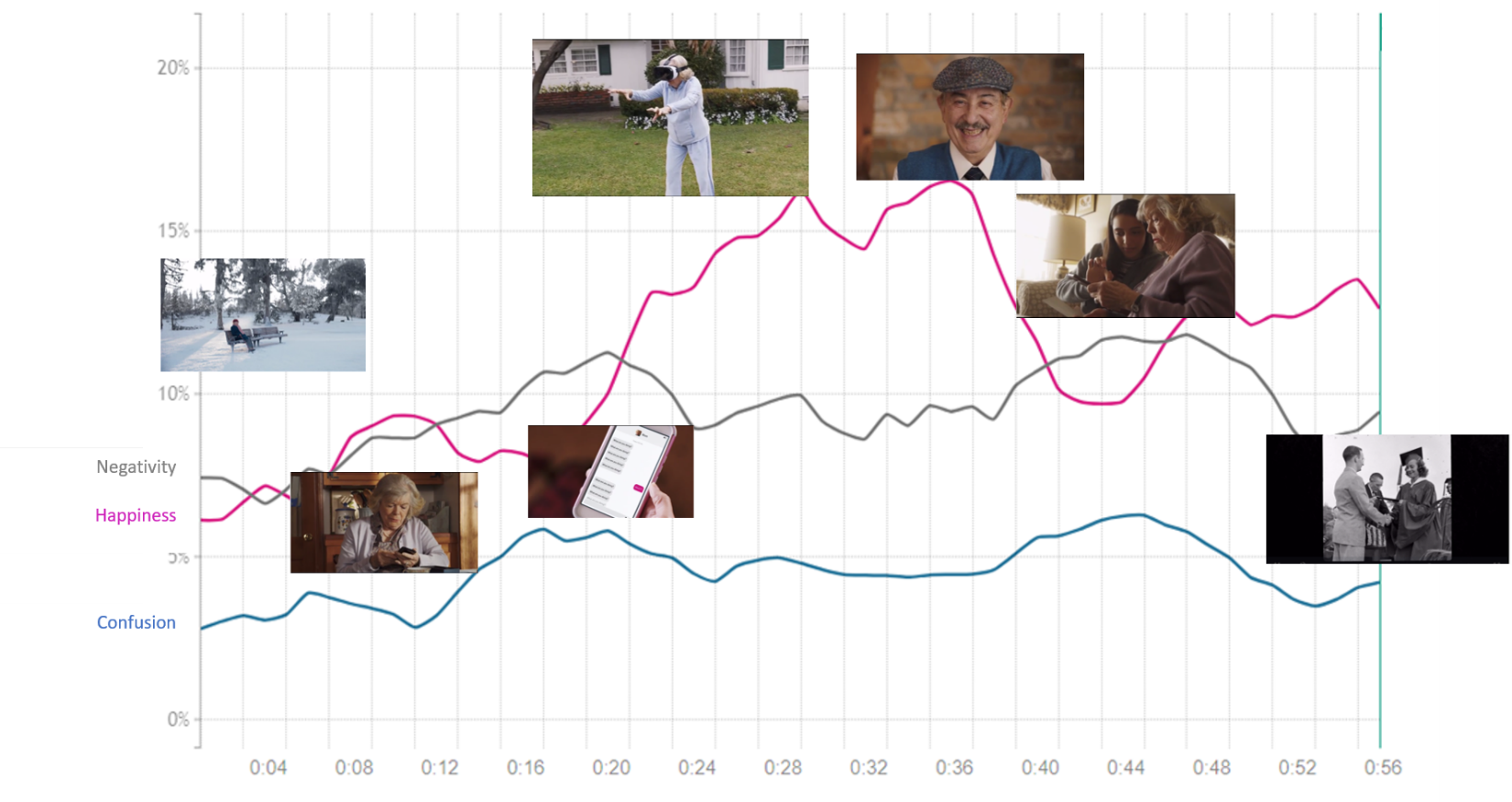 Of course, this emotional assessment of the ad is incomplete, as core metrics of Appeal, Relevancy, Salience, etc. were not captured. T-Mobile’s Grandma commercial performed well enough to be memorable and invoke Happiness. With facial coding, we can see the opportunities for improvement – allowing it to perform even better!

The more we use facial coding to analyze the second-by-second performance of ads, the more we’re impressed. It is a tool not to be left in the advertising testing bag.