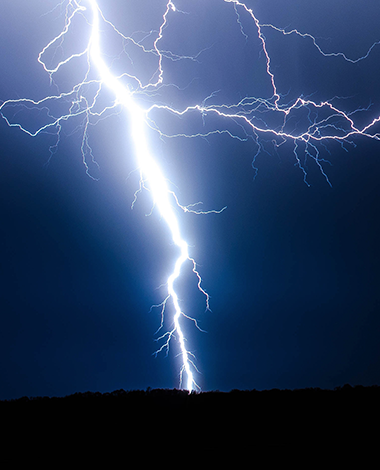 MDRG worked with Entergy Louisiana and The Ramey Agency to research and test several concepts for Entergy’s 2016 Safety Campaign. The utility ad copy test’s goal was to inform consumers of the danger of power lines. The winning concept compared power lines to recognizable threats of a shark, tornado, and a snake. The creative approach adequately communicated the danger in an engaging format.

After the consumer research concluded, MDRG reflected on two of the insights from the advertising effectiveness research:

What made this ad interesting and engaging, informing viewers of the dangers from power lines?
Why was it the ad that stood out amongst its competitors?

The chosen concept is exceptionally easy to understand. Therefore, almost all viewers immediately comprehended it. As seen in the commercial, power lines shapeshift from a shark to a tornado to a snake. Most of us are taught to avoid these dangers as children. However, if a snake bit us, we know the procedures to avoid death. On the other hand, we may not be taught to avoid power lines or what to do if we see a downed line.

By relating these two danger types, both children and adults understand to stay away. Power lines are not safe to approach or play near. Most people may not have known that power lines are more dangerous than the other threats, adding to the engagement factor. Continually, the line, “power lines may not look scary, but they’re more dangerous than you know,” strengthens this idea. The public safety announcement puts the power of electricity in perspective.

Standing Out from the Competition

The winning ad delivered the serious message in a positive way, while still communicating its main message of avoiding dangerous, fallen lines. It is not overly dramatic or harsh in its presentation, contradicting many current public service announcements. Furthermore, the red sky says “stop” and conveys danger along with the shapeshifting lines. But, it does so without using disturbing images that could distract from the message.

A safety and educational ad campaign is an important function of a utility company like Entergy. This clever storytelling tactic caused this commercial to excel in relevancy, clarity, and believability among other attributes. Continually, the ad fits well with the current Entergy brand. It conveys an important and informative message while being unique and creative enough to grab and keep viewers’ attention.

MDRG worked closely with both companies to ensure the overall campaign goals were met. Multiple advertisements were created for this campaign, then MDRG then copy tested each one. The diverse participants were asked questions about their engagement and emotional response to the public service announcement through MRDG’s Prove-It™ Copy Test. The winning advertisement scored highly on all factors.